Have you been using any casual dating sites lately? If not, then you haven’t been scammed and that’s a good thing. If so, then perhaps you’ve been taken for a ride and scammed out of money. Whatever you do, my advice would be to not do anything with regards to CindyMatches.com without reading this review. It’s an awful dating site that you need to avoid at all costs. Here’s what you need to know about this nonsense. 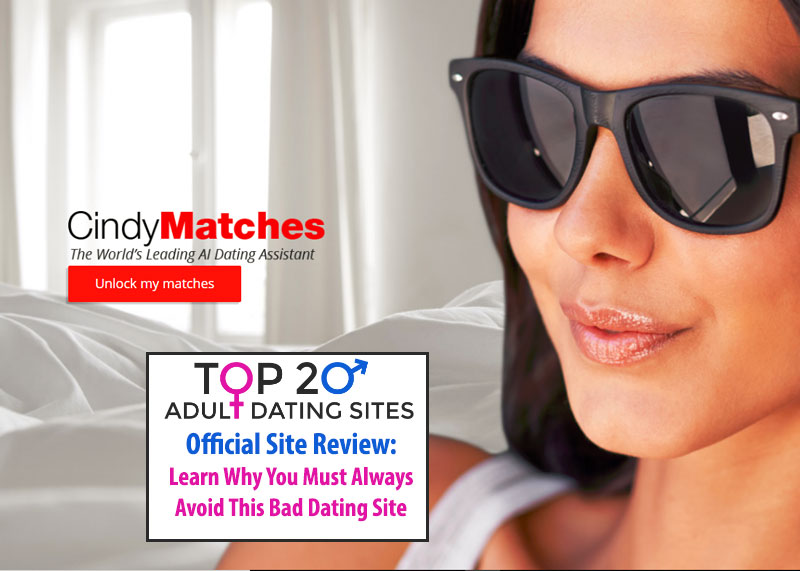 CindyMatches.com, as a dating site, simply doesn’t exist. It’s one part of a scam that tons of different sites are running all at the same time. The very second that you try to click on a profile, you’re not going to be sent to a sign up page like you would imagine.

Instead, you’re going to be redirected to a completely different dating site that will continue the scam. It’s nothing new, but it works far more often than it actually should. The best thing that you can do to help shut it down is recognize it for what it is.

The site that you’re redirected to will always be different, but the scam will always be the same. You’ll start getting messages the second you sign up, and they won’t stop until you upgrade your profile and start paying for your service.

They’re all designed to make you think that there’s a good reason to become part of the site. By making it seem like there lots of different people who are into the idea of meeting up with you, you can much more easily justify the cost that’s associated with it. Once again, it’s a very, very old scam that far too many sites like to run.

The only reason that CindyMatches.com exists is to feed you to these other sites. For every person that they send who signs up, they get paid. It’s how they make their money and how they’re able to stay in business.

They don’t have to spend any real capital themselves, because they don’t have an actual site to maintain. Their main goal is to get you on the hook and send you to someone else to seal the deal. You’re simply baited and passed along to whichever site has agreed to pay for you.

It should also be clear by now that all the profiles that you’re seeing are totally fake. The profile pictures have all been bought and paid for, and the people on them likely have no idea that they’re being featured on the site.

There’s no reason that you should ever spend any time on this site. It has nothing at all to offer you, or anyone else. It only exists to pass you off onto a different scam site. The second you find yourself being redirected; you should always just close down your browser and forget the site even exists.

It will never end well for you. There are much better sites on the Internet that actually have something to offer you. All you have to do is your research on this page. When you see a site that looks too good, it probably is. These casual dating sites are ranked on the page mentioned so take that into consideration.

One of the sites that come highly recommended is Snapsext.com. My advice would be to read the official review before joining.